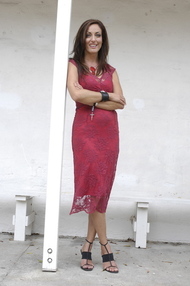 I – Lana Penrose, author – hail from a mysterious parallel universe known as Sydney, Australia. Although my parents urged me to become a plastic surgeon specialising in rhinoplasty, my various incarnations have included music journalist, record company promotions gal, music television producer and personal assistant to an iconic pop sensation whose name shall never be revealed unless I’m subjected to Chinese water torture (cough) (Darren Hayes). I also once worked with the now-infamous Simon Cowell, which I today find really odd.

I think it was the mid-nineties that I accepted a position with MTV Australia and began interviewing the illustrious and not-so-illustrious of the rock and pop world. I know that I left that behind to move to Athens in 2000 because that’s when I started going mad. My thoughts, feelings and experiences ultimately evolved into the highly acclaimed bestseller ‘To Hellas and Back’, a memoir originally released through Penguin/Viking that reached number 2 on the Bookscan Bestsellers Top 10, pipped to the post by Michael Palin (to whom I don’t bear a grudge because he’s a very nice man).

My second book – ‘Kickstart My Heart’ – (also originally released through Penguin/Viking) details my perilous journey as a suddenly single, disorientated, loveless train wreck of a human being on a desperate quest for love. I’ve been told that it’s ‘hilarious’ yet ‘sad’ (in every sense of the word), and falls somewhere between ‘Bridget Jones’ and ‘Sex & the City’ with a Les Paul wedged beneath an armpit. ‘Kickstart My Heart’ also had a soundtrack released through Universal Music, bypassing the hassle of producing a movie. Who needs the bother, right?

My third book ‘Addicted to Love’ kind of messes with your head. It did mine, anyway. Read it and see.

And of course, I got severely depressed for your reading pleasure and penned my fourth non-fiction memoir ‘The Happiness Quest’, which sees me summersaulting through sadness to land in star-jump position. There’s also a tricky fantasy tale in the works, of which the first 100 pages are rubbish, but I’m determined to finish it before I shed this mortal coil.

Although I’m prone to introversion, I’ve appeared on national breakfast television (‘The Morning Show’ and ’9AM’) and my books and I have featured in ‘Madison’, ‘Cleo’, ‘Famous’, ‘Vogue’, ‘Woman’s Day’, ‘That’s Life’, ‘The Australian’, ‘Sydney Morning Herald’, ‘The Age’, ‘Melbourne Herald Sun’, London’s ‘TNT’ and on a bunch of radio stations including ABC Radio National and 702. I’ve also appeared on stage as part of Darren’s ‘Big Night In’ tour throughout the UK, Ireland, Sydney Opera House and Thailand, which meant a small puff of air escaping a certain body passage whenever the spotlight hit my head. Ditto when I appeared on four panels as a guest speaker at the Byron Bay Writers’ Festival. I’ll soon be speaking at the annual Mind & Its Potential conference, so ditto again.

Today I gaze ponderously through my window and dream of the day that I’ll own a cat. I’m a Lifeline volunteer. I really like KISS. 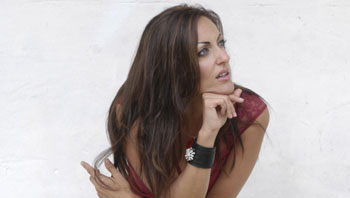